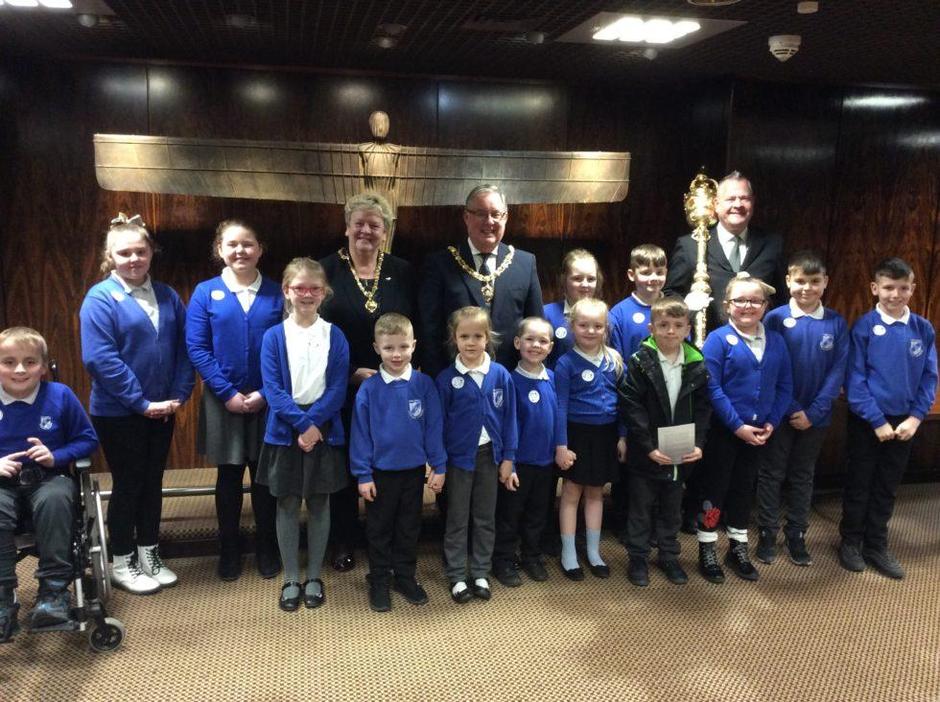 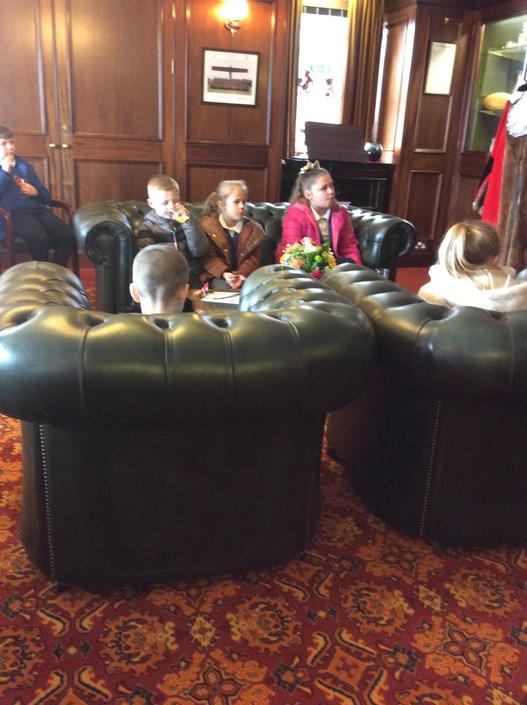 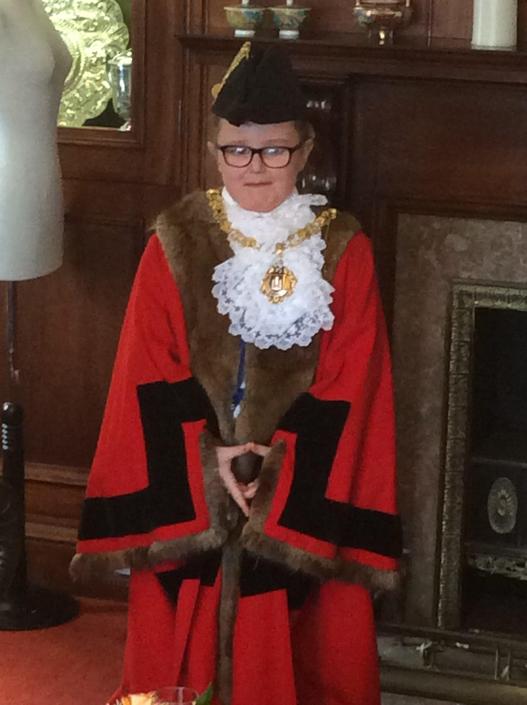 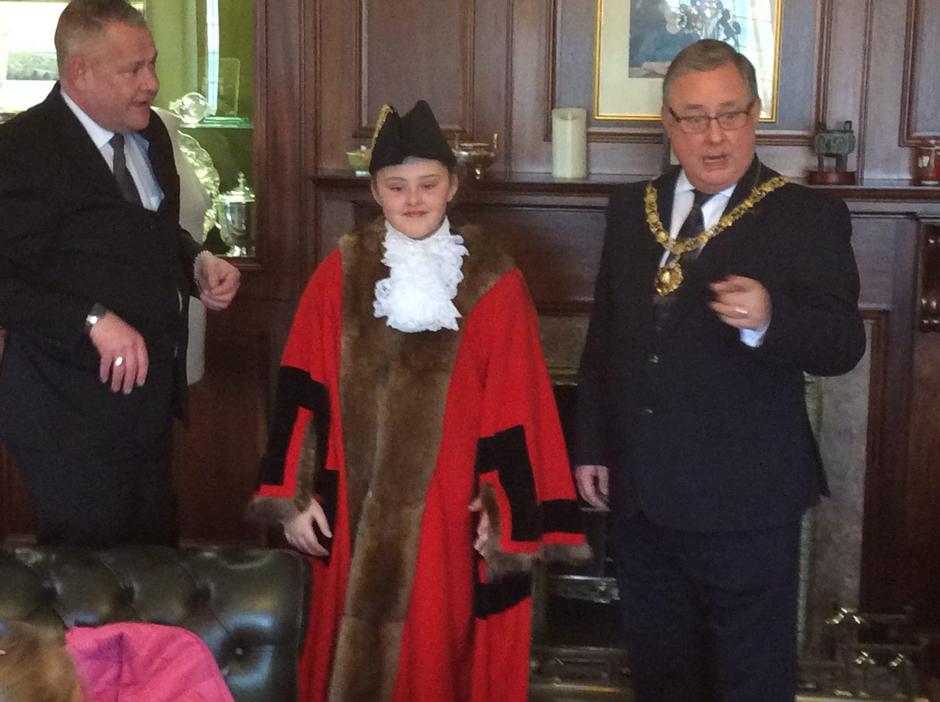 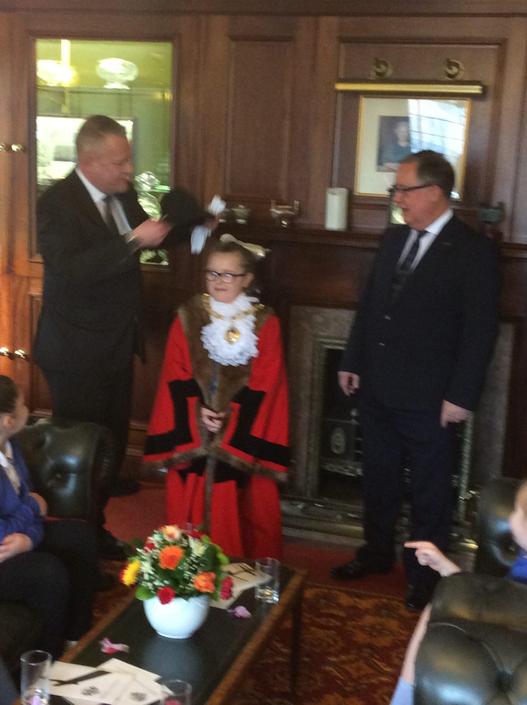 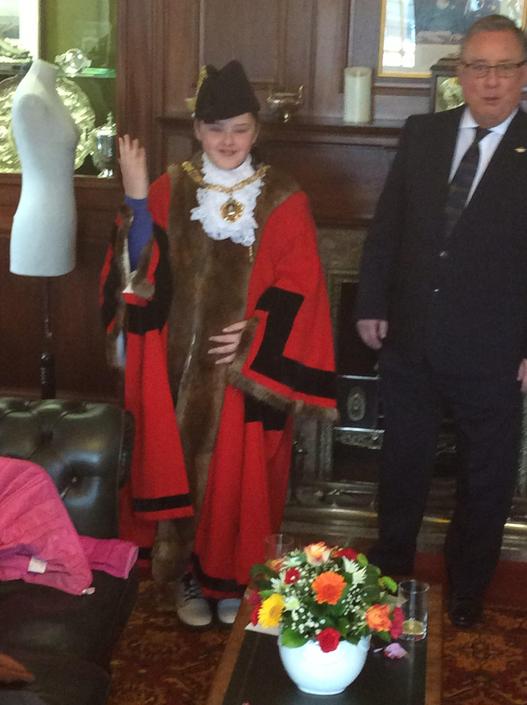 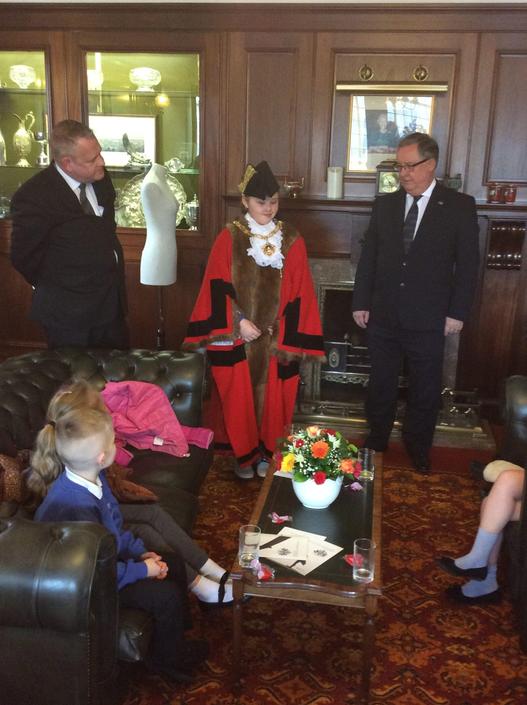 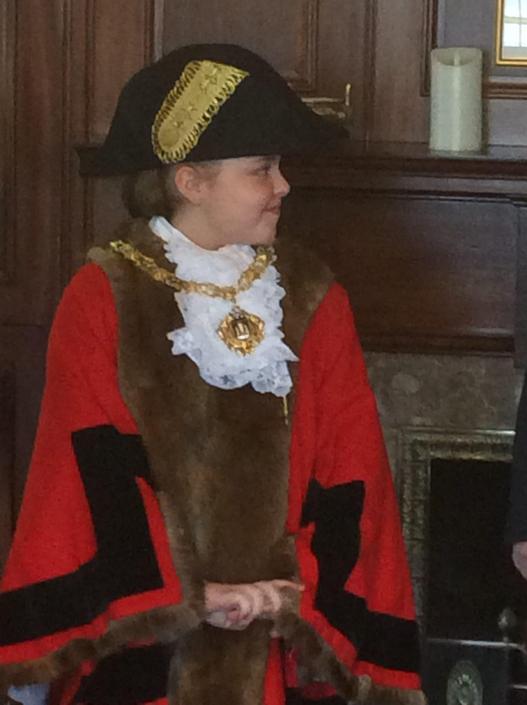 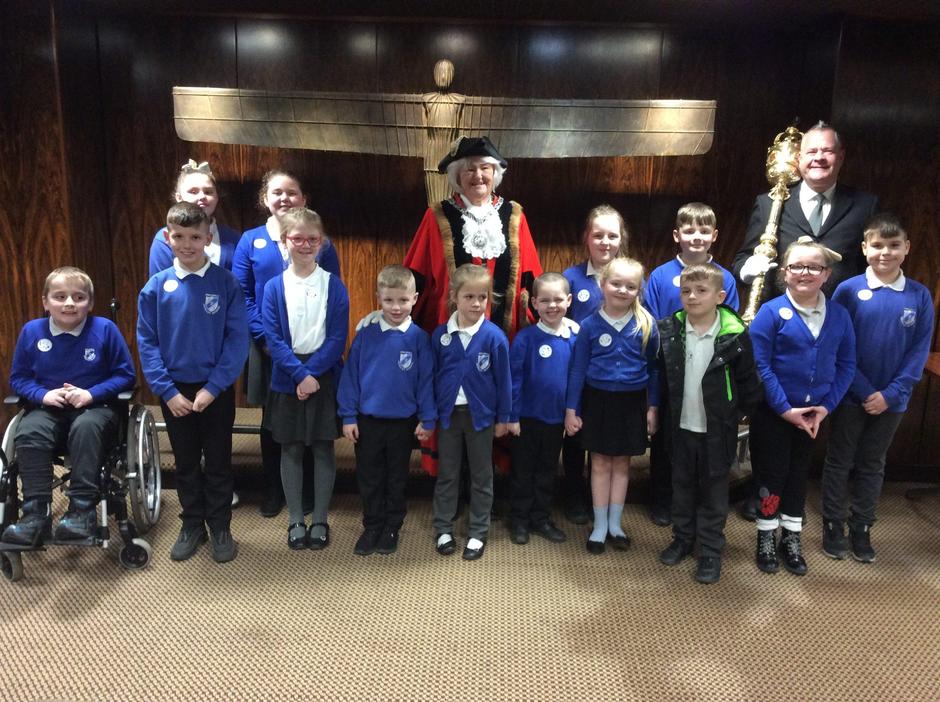 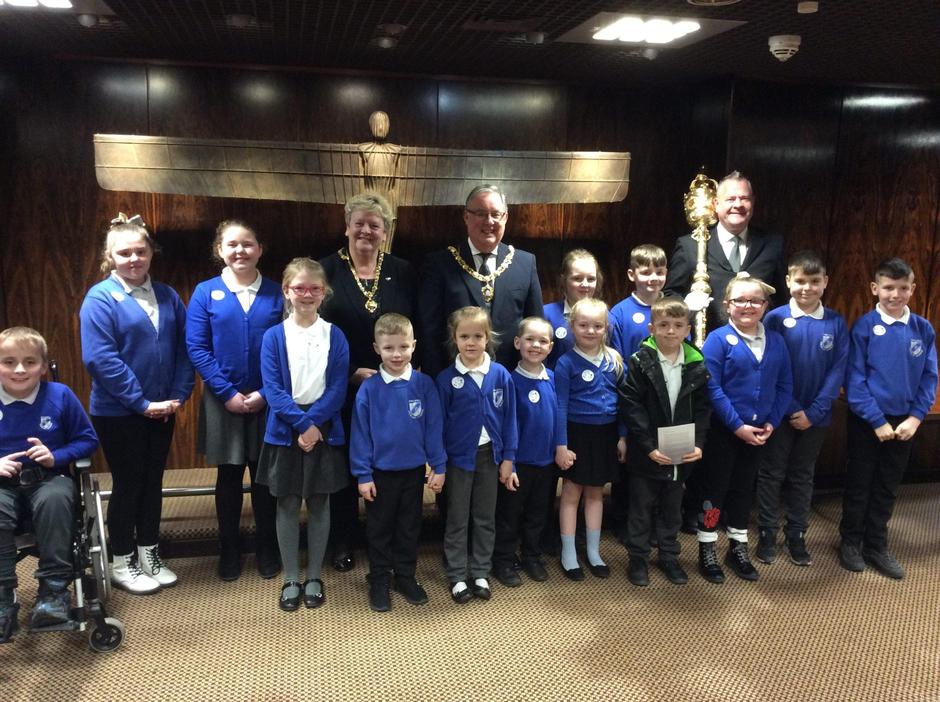 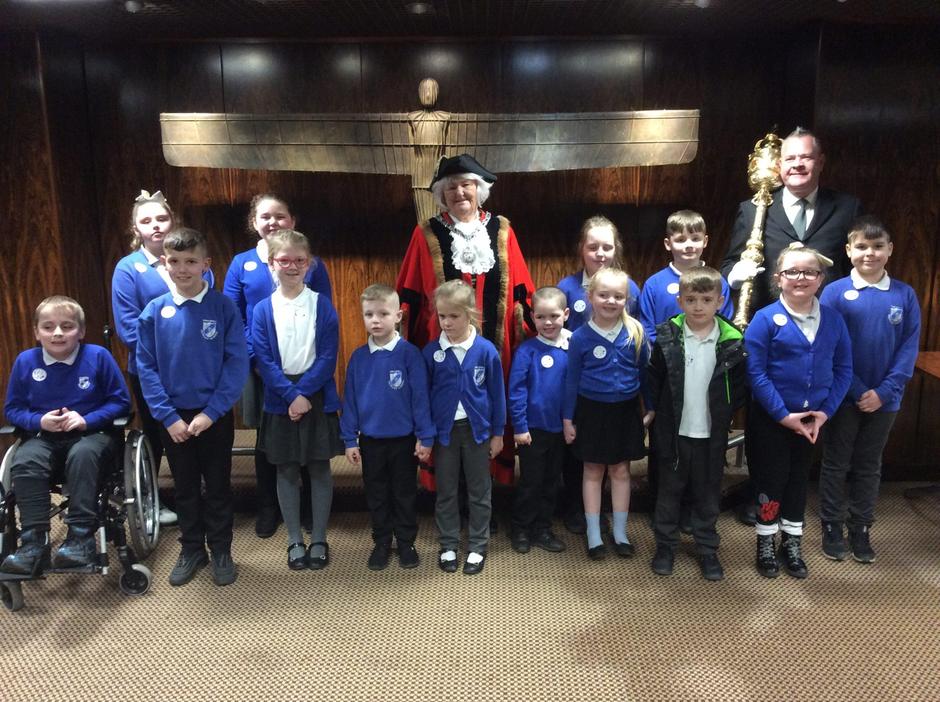 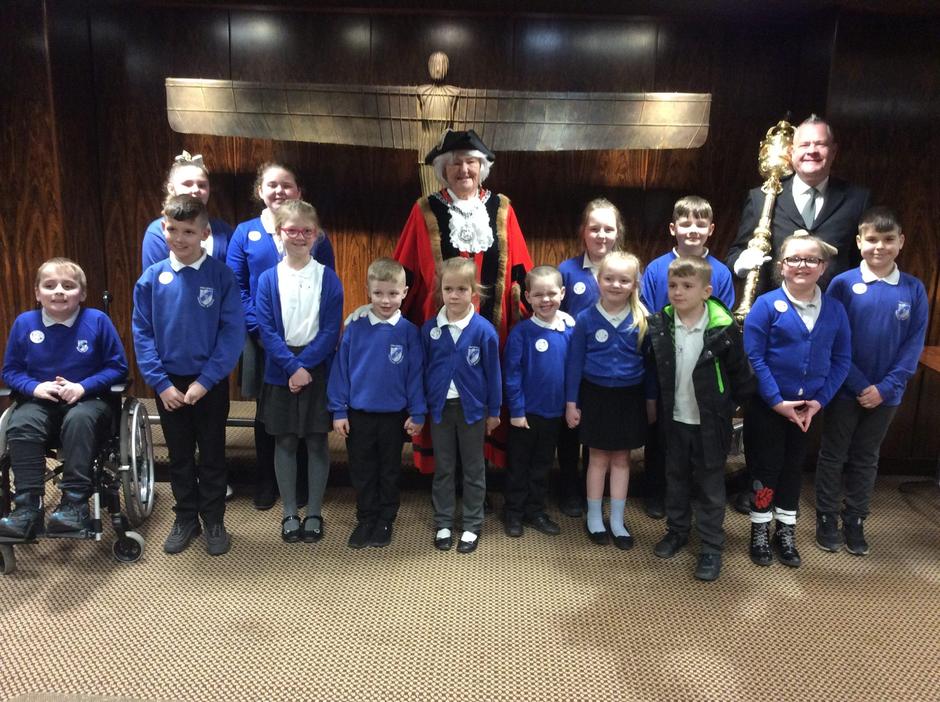 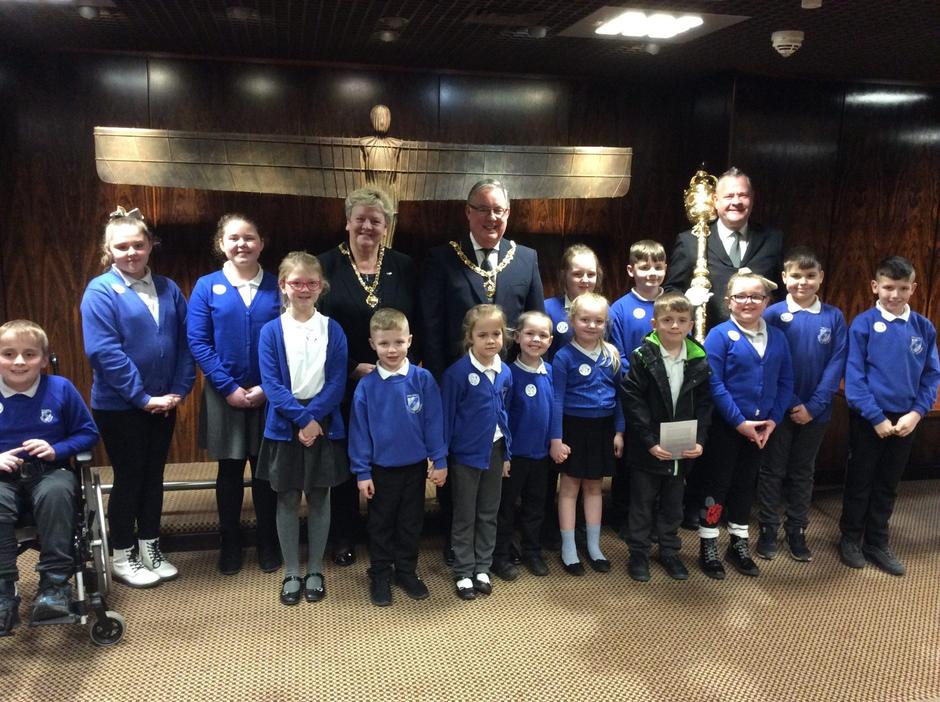 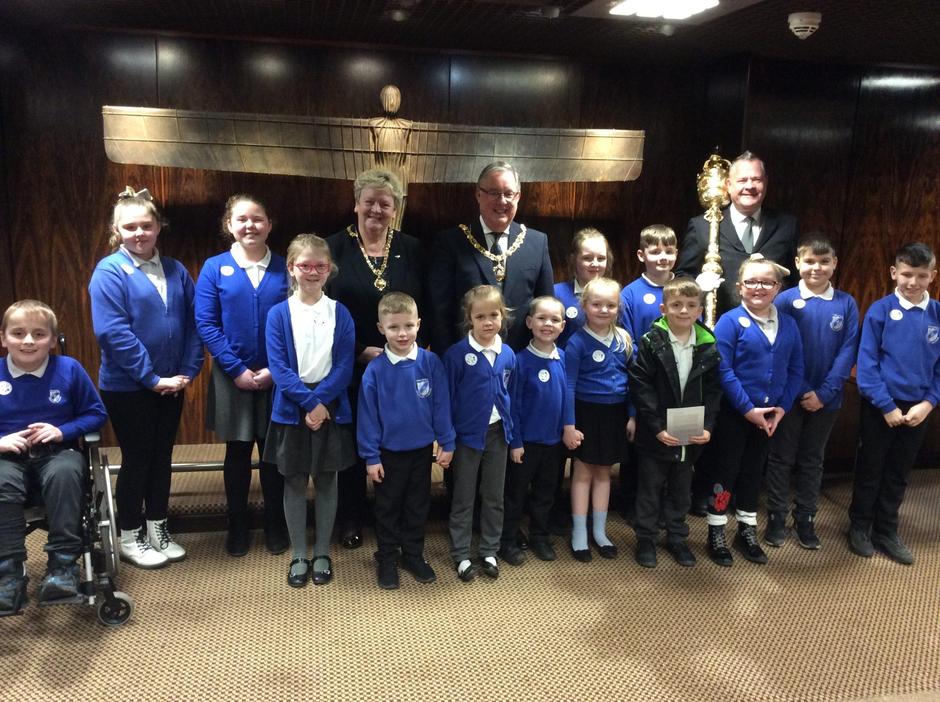 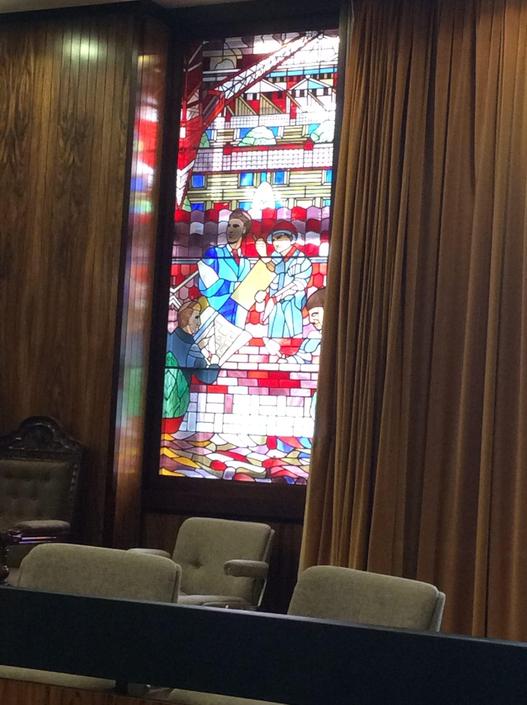 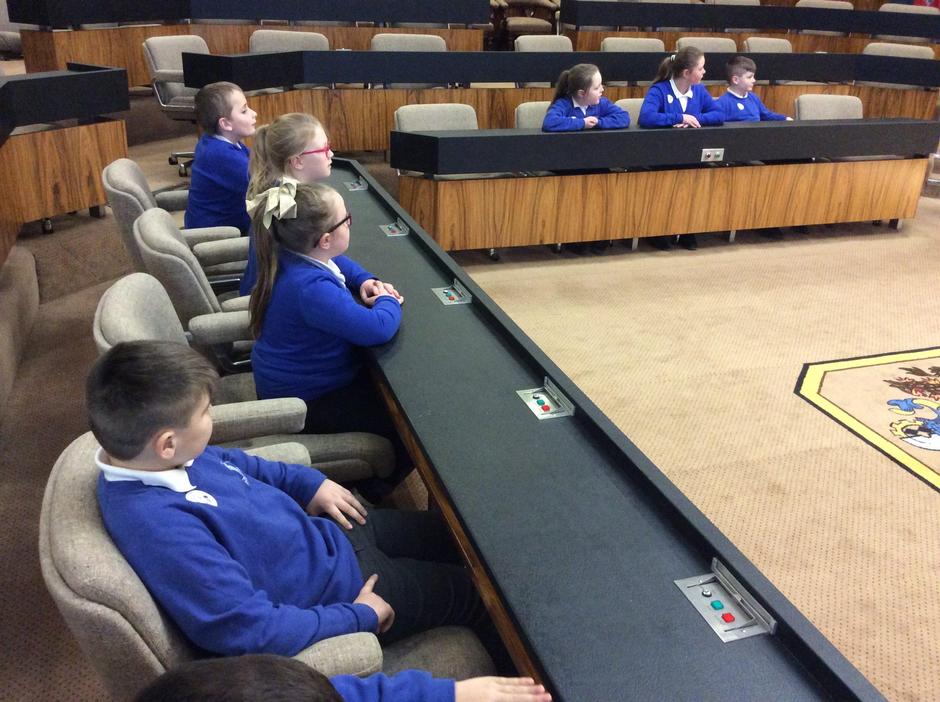 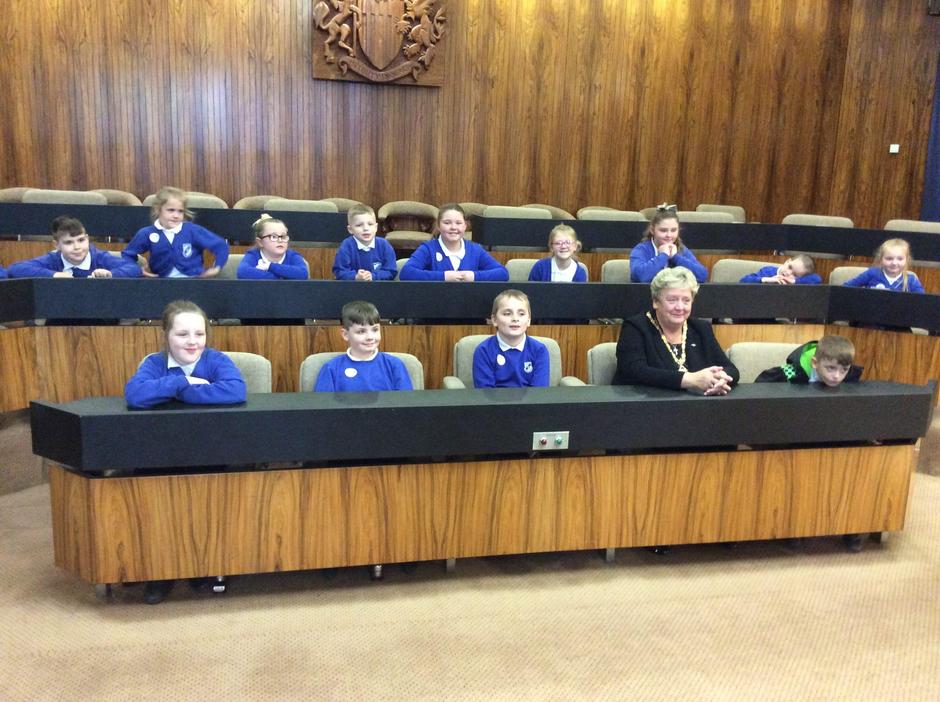 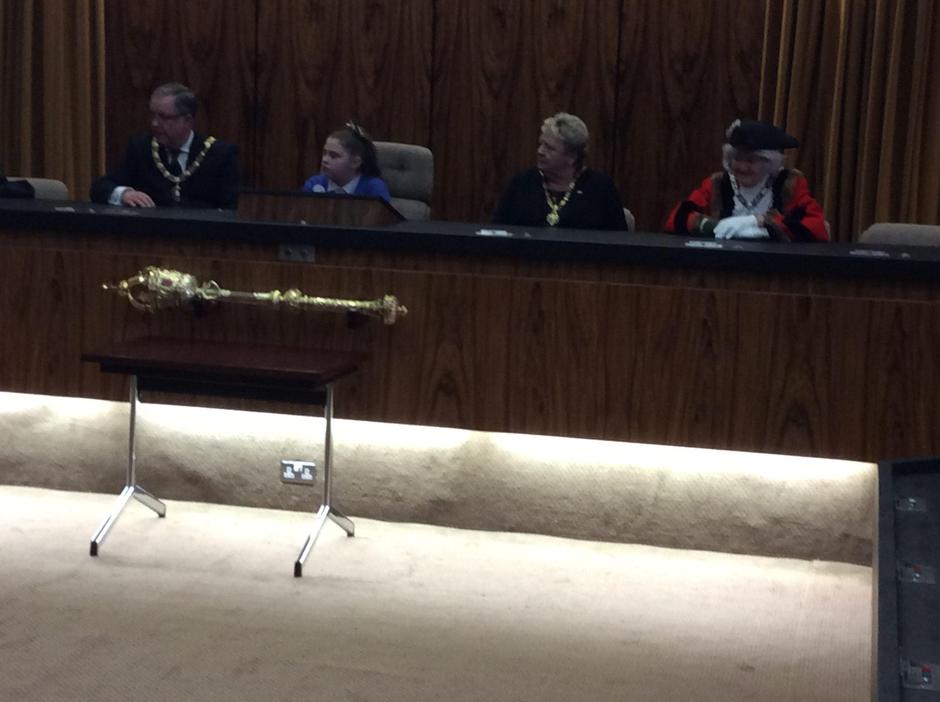 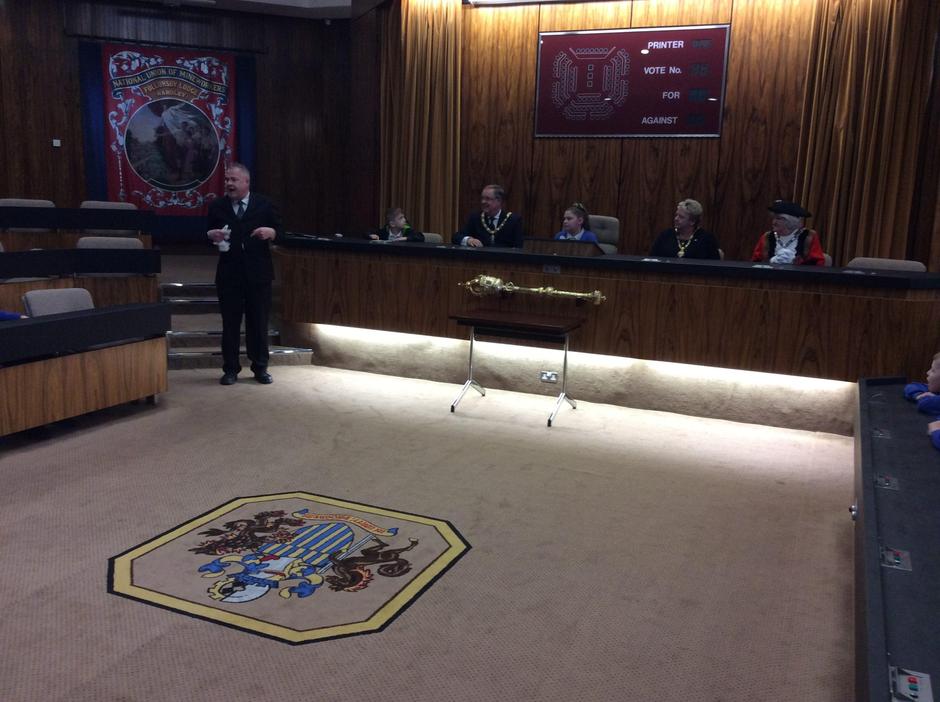 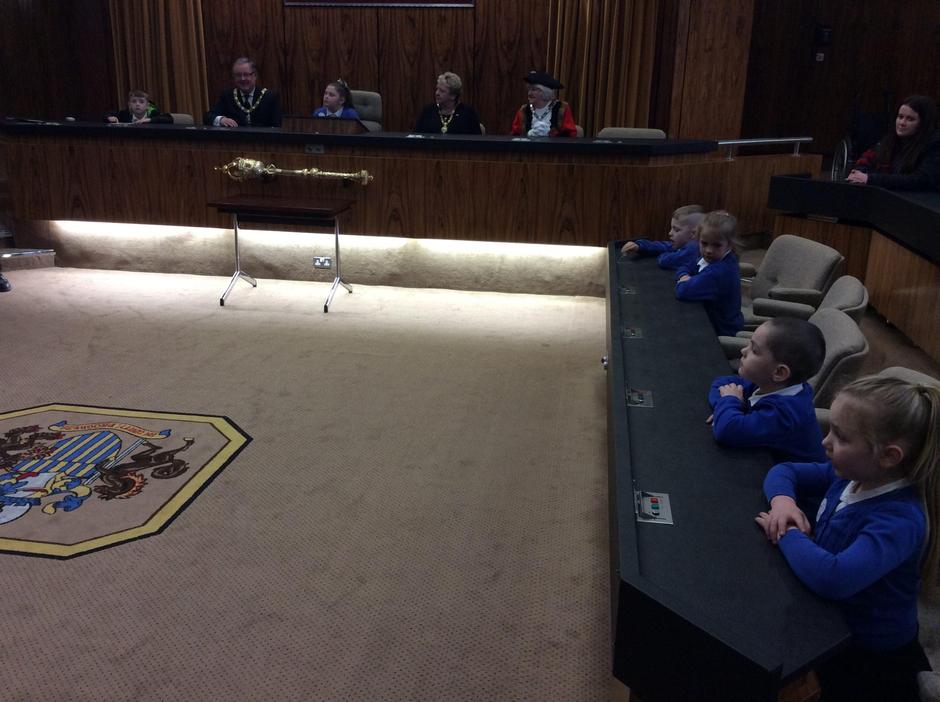 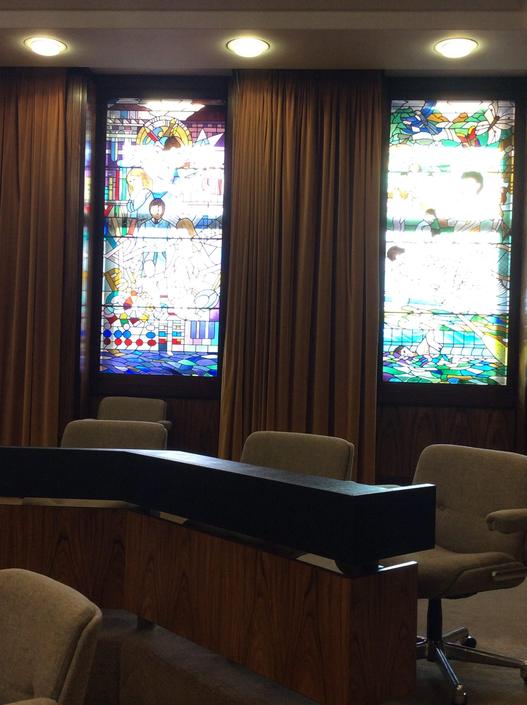 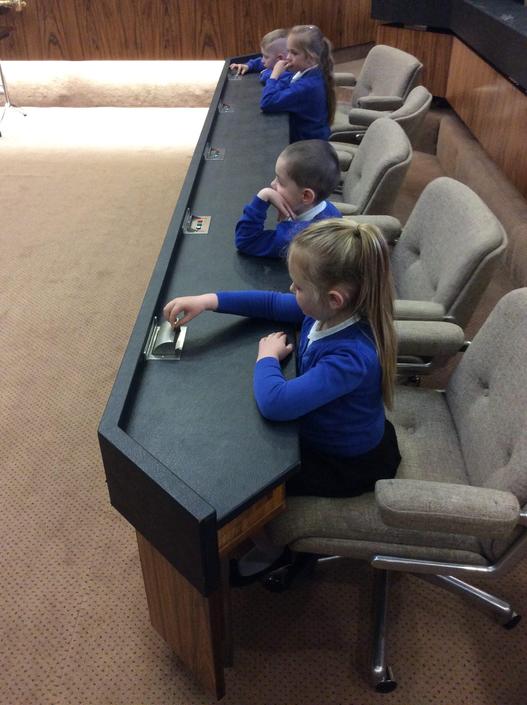 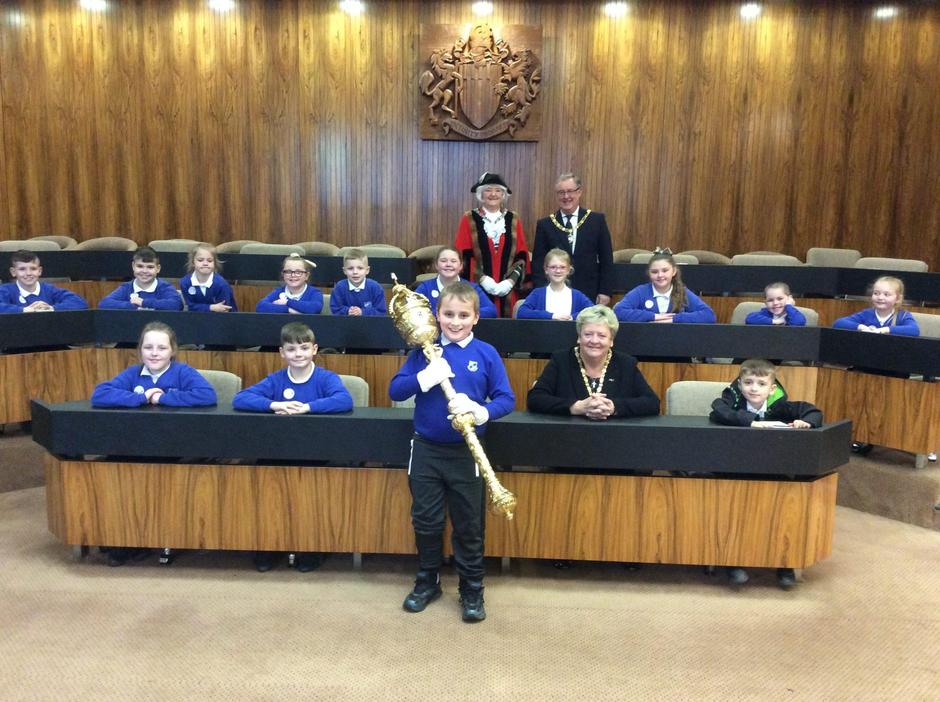 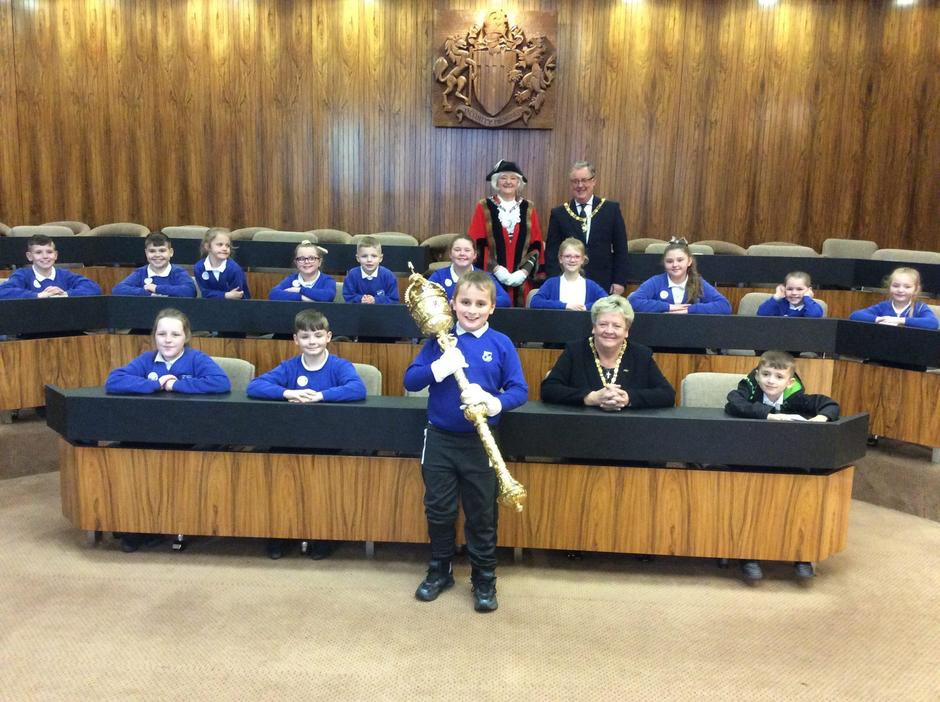 On Wednesday 4th March, the school council had an important engagement – meeting the Mayor of Gateshead in the Mayor’s Parlour.

When we arrived we were taken to the Civic Suite, where we saw a bronze replica of the Angel of the North by Anthony Gormley.

As a school council, responsible for giving the children of Swalwell a voice in decision making, they wanted to get an insight into what happens within Gateshead Council. They were met by the Mayor of Gateshead in the parlour, Michael Hood, and his wife, the Mayoress, who answered all the children’s questions and gave us a fascinating insight into the life of a mayor – unbelievably the Mayor conducts over 500 visits/events every year! We also met Councillor Burnett, who is the Deputy Mayor as well as being a governor at our school.

The Macebearer, Nigel, explained about the history of the civic regalia (robes, mace and chain) and then the children had an opportunity to ask some questions. After this a couple of children were lucky to wear the robes belonging to the Mayor – they were very heavy and warm! They were also given an opportunity to sign the visitor’s book.

Then we walked to the Council Chamber to see where the Council meetings take place, We sat in the seats belonging to the Cabinet members. The Mayor explained about what happens during a meeting, who sits in the different parts of the chamber and about the voting system.

As a council they have made a few decisions about how they would like the school council to replicate some of the ideas from the real council, which we will discuss at our next meeting.This experience is something that they can reflect on moving forward in their role as School Council members.